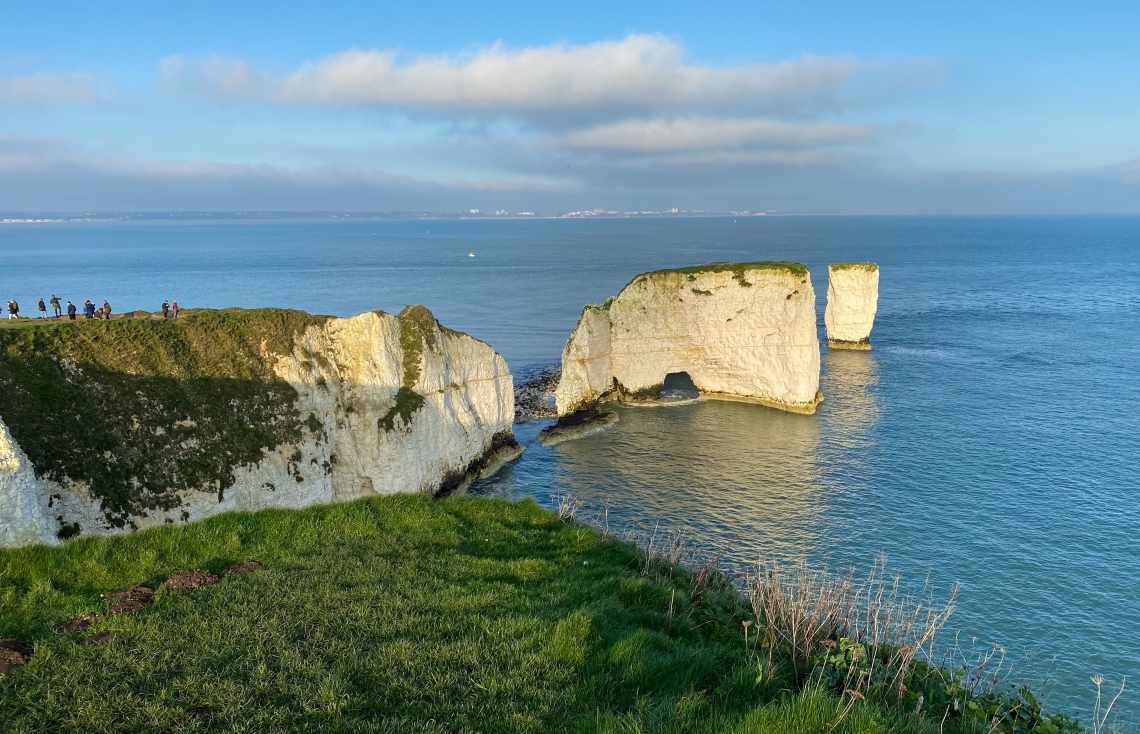 I have decided to kick off 2020 with a gentle hike to see Old Harry Rocks near Studland Bay on the Isle of Purbeck in Dorset. It is a really nice walk along white clifftops overlooking Old Harry Rocks, the three chalk formations that have overtime separated from the cliffs. The rocks mark most eastern point of the Jurassic coast and are on the UNESCO World Heritage Site list.

It was an easy drive to get to the National Trust car park (Studland South car park) where you can park for free if you are a National Trust member. From there it is about 20 minute walk up a very gentle slope to the actual rocks themselves. We were lucky with the weather, it was a sunny still day. On a windy day I can imagine you could get rather windswept. From the Old Harry’s point you can choose to walk along the clifftops what seems like for miles or you can do a short circular walk listed on the National Trust website. The views along the clifftops are stunning, whichever way you turn.

If it is a scenic walk that you are after. I would highly recommend visiting Old Harry Rocks.

ps. 1 I have wondered why the rocks are called Old Harry, a quick google search revealed that there are two possible reasons. The rocks were called that way to honour infamous Poole pirate Harry Paye or according to one legend because the Devil (sometimes called Old Harry) slept on the rocks.

ps. 2 Old Harry is the rotund rock furthest away from the formation in the top picture, next to Old Harry (not pictured due to smaller size is a rock called Old Harry’s wife.

Haystack and the Pinnacle. 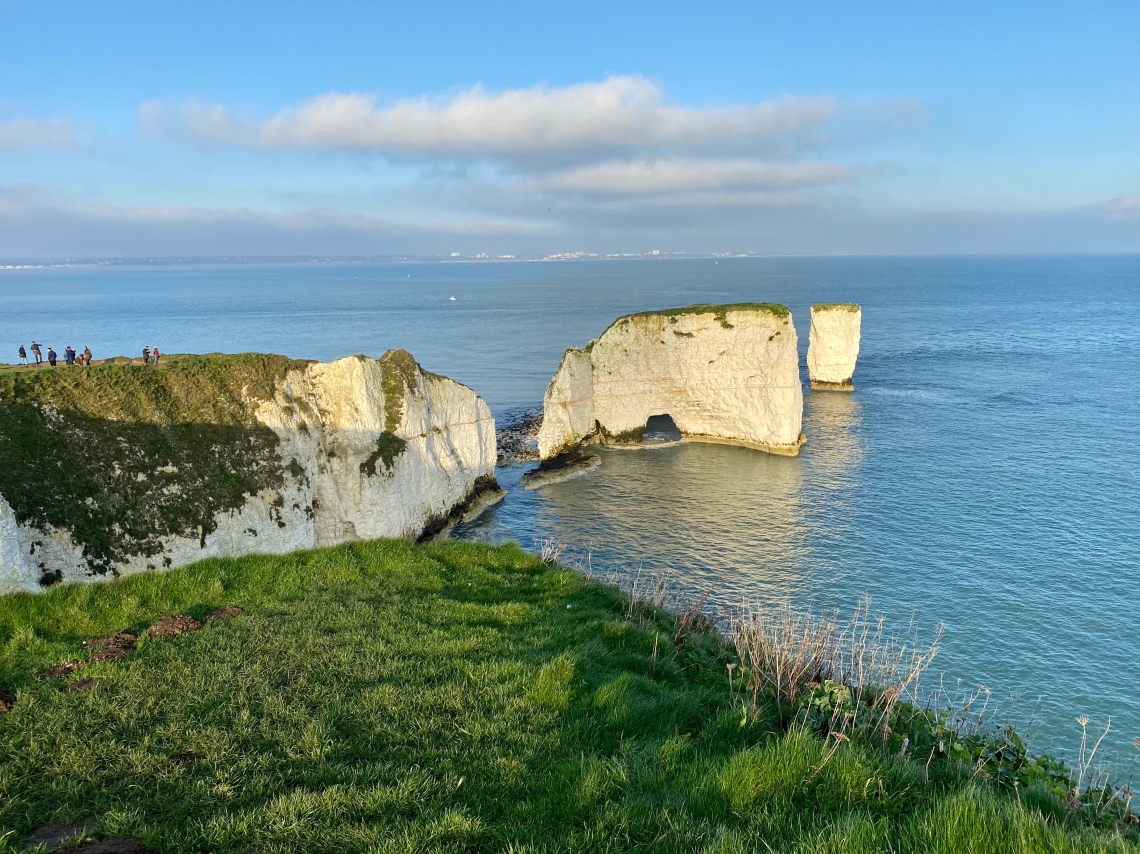 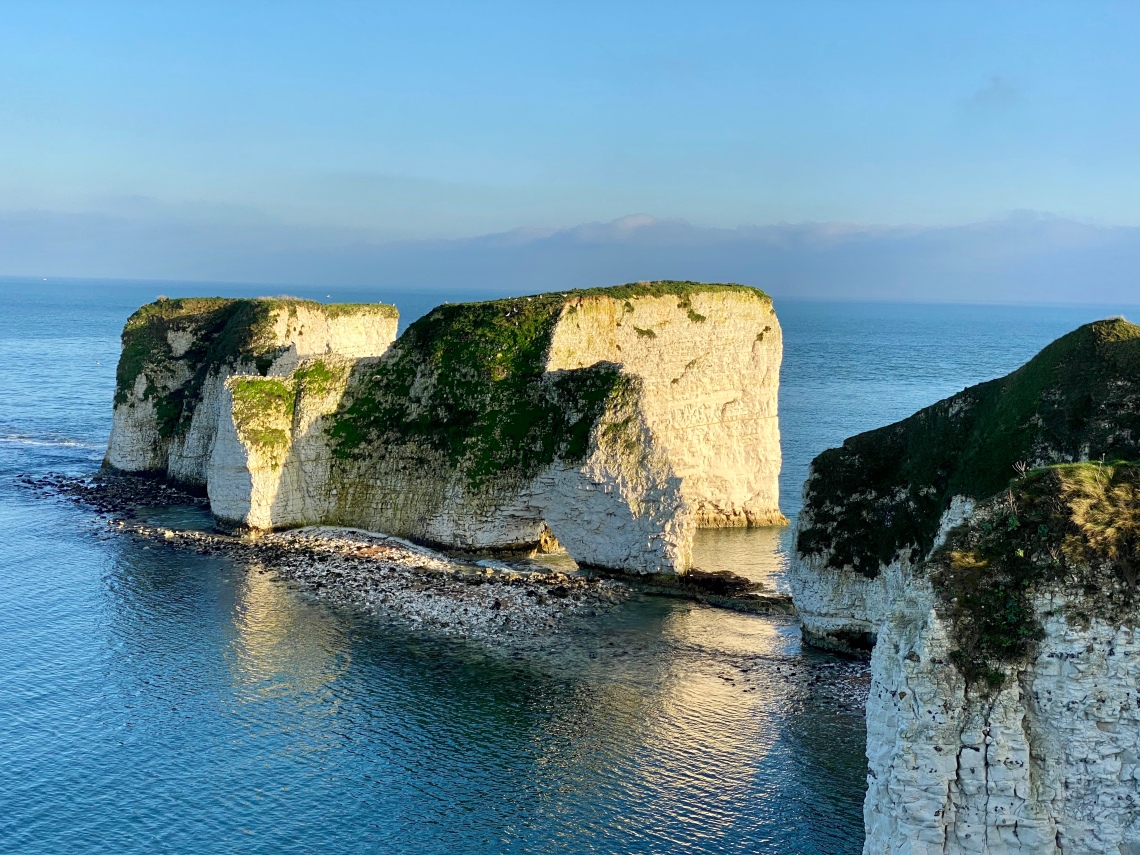 The view of Old Harry Rocks from the other side.

View all posts by Aleksandra